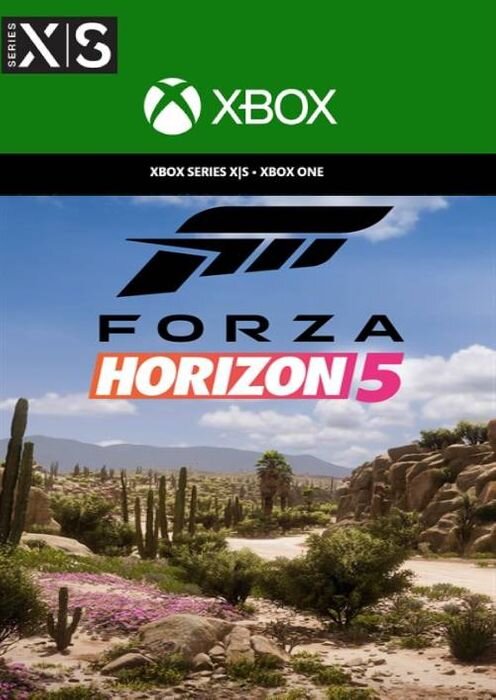 Lead breathtaking expeditions across the vibrant and ever-evolving open world landscapes of Mexico with limitless, fun driving action in hundreds of the world’s greatest cars.

Immerse yourself in a deep campaign with hundreds of challenges that reward you for engaging in the activities you love. Meet new characters and choose the outcomes of their Horizon Story missions.

Take on awe-inspiring weather events such as towering dust storms and intense tropical storms as Mexico’s unique, dynamic seasons change the world every week. Keep coming back for new events, challenges, collectibles, and rewards, and new areas to explore. No two seasons will ever be the same.

Team up with other players and enter the Horizon Arcade for a continuing series of fun, over-the-top challenges that keep you and your friends in the action and having fun with no menus, loading screens or lobbies. Meet new friends in Horizon Open and Tours and share your creations with new community gift sharing.

Out on the 9th of November for Xbox Series X, Xbox One and PC. Will be based in Mexico. Can't wait to play it.

Developer Playground Games debuted some new footage of its latest game, Forza Horizon 5, showing off what races will look like in its new Mexican setting.

In the latest episode of Forza’s YouTube show, Let’s ¡Go!, you can clock some of the dirt roads that you’ll be racing on give way to a rich and luscious jungle, with real-time reflections from standing water really showing off how impressive the newly upgraded graphics are.

One of the most interesting insights is how the movie Predator – which was filmed in the jungles in Mexico – provided some inspiration for the way the developers put some of the biomes together. Just make sure not to focus on the trees too much when you’re driving, otherwise you’ll be in for one hell of a fender-bender.

Check out the video below.

This looks great. Forza Horizon 4 is my most played game on the Game Pass. Can't wait to play FH5.
Comment

The latest Forza Monthly stream brought us a look at the full map of Forza Horizon 5, as well as new gameplay exploring some of the game’s biomes.

In a new Forza Horizon 5: Let's Go live stream, the developer detailed FH5's wet season summer map before uploading a high-resolution image to Twitter. The map is 50% bigger than Forza Horizon 4's Britain and features prominent landmarks such as the La Gran Caldera volcano, which can be seen from anywhere on the map, a stadium in the centre, sand dunes out to the west, and a long highway (the longest in any Forza Horizon game) that cuts through the centre of the map.

David76 said:
The latest Forza Monthly stream brought us a look at the full map of Forza Horizon 5, as well as new gameplay exploring some of the game’s biomes.
Click to expand...

As always, and as expected, it looks fantastic. Great that it is included on Game Pass

I bought the Forza Horizon 5 Premium Add-Ons Bundle including Early Access for £24.22 from Xbox Store Iceland

The new gameplay footage, that shows off the 2021 Ford Bronco Badlands (one of the game's newly-confirmed cover cars) dropping down from a plane onto the La Gran Caldera volcano, only gets more intense as it goes.

If you want to learn more about the cover car (and its companion, the Mercedes-AMG ONE), Mike Brown, creative director of Forza Horizon 5 at Playground Games, explains the choice of those vehicles below.

"We’re thrilled to unveil the cover of Forza Horizon 5 featuring the Mercedes-AMG ONE, which marks the first time a car features Formula 1 hybrid technology almost one-to-one from the track to the street – putting this power in players’ hands allows them to explore Mexico’s streets and roads in an unprecedented way," says a press release.

"Joining the Mercedes-AMG ONE on the cover is the 2021 Ford Bronco Badlands, primed to deliver rugged, off-roading across Mexico’s vast terrain like those amazing jungles and deserts."
Comment

Playground Games has released a list of the cars confirmed for Forza Horizon 5, and it's very long indeed: 426 cars long. That's not even all, because according to a new developer update more cars will be added to that list ahead of the racer's November 9 release date, not including however many post-launch cars end up in the game.

The dev update also promises raytracing in the Forzavista mode—that mode lets you get up close and personal with all the vehicles in your garage.

"Additionally, the cars you obtain in-game are highlighted under a new Car Collection interface," the post explains. "Here you can track the vehicles you’ve acquired per manufacturer. It’s like having your own virtual car sticker book. Each automobile is designated with a rarity level and collecting a specific number of cars per manufacturer will also unlock a special reward to claim."

If you’re planning on playing the game on PC, whether that’s through the Microsoft Store or via Steam, Playground Games has now revealed the full system requirements for the game across three presets- minimum, recommended, and ideal. The minimum requirements have been updated from what had been previously revealed.

The developer says that regardless of whether you have a modest rig or a state-of-the-art computer, Forza Horizon 5 has been optimized to run well across all of its graphical presets. You can check out the full requirements below. Meanwhile, in a blog update, Playground Games has also confirmed support for 21:9 ultrawide displays, FoV sliders, unlocked framerates, haptic feedback on the Xbox Wireless Controller, and much more.

Forza Horizon 5 has gone gold so the retail discs are getting pressed. 9th of November can't come quick enough.
Comment