Overview: A chronicle of four friends during a decade in which everything changed, including the rise of AIDS. 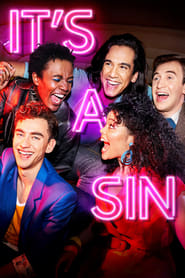 Anybody else watched it?

I finished it yesterday and was just blown away by how good it was yet shocking too.

What was an eye opener was people's opinions of AIDS. We see similar today with Covid and those who believe the conspiracy theories. Either way people were and are dying alone.
Comment

I'm 3 episodes in and it's a helluva watch - but a funny, uplifting, sad, devastating, emotional watch.

Just over a month into 2021 and I can't see another drama topping it this year!
Comment

I thought it was excellent. A highly emotional watch, claiming the lives of such innocent folk. I was born in the late 80's so can't remember much about it, it's staggering to think until recent years even talking about homosexuals in schools was banned. The programme also really hits home how life was like for gay people then, some died alone because families in many ways disassociated themselves from them because of the shame which is so sad.


EmmaDot said:
What was an eye opener was people's opinions of AIDS. We see similar today with Covid and those who believe the conspiracy theories.
Click to expand...


I found the similarities with covid quite an eye-opener
Comment

I cried all through the last episode.

The whole series was very powerful, it was as heart wrenching as it was soul destroying, so much prejudice and not that long ago really.

Couldn’t believe the isolation in hospitals and people being threatened with job losses.

Best thing on TV in a long time.

Tragic how young people just died alone as their family had either disowned them or they hadn’t been able to tell them.
Comment

One of the best things I've seen in ages. Thought Keeley Hawes was outstanding in the final episode.

The bit where the school teacher made one of them remove any homosexual references from the library, so called section 28. I didn't know that was law up until 2003!. Labour tried to get it removed in 2000 but a old tory (baroness Young) in the lords rallied them to reject it and the then Shadow Education Secretary and future Prime Minister of the United Kingdom Theresa May called the defeat "a victory for commonsense"

Keeley Hawes in that final episode.

Absolutely outstanding. The desperation in her performance was so painfully believable and completely mesmerising. She deserves awards for that performance.